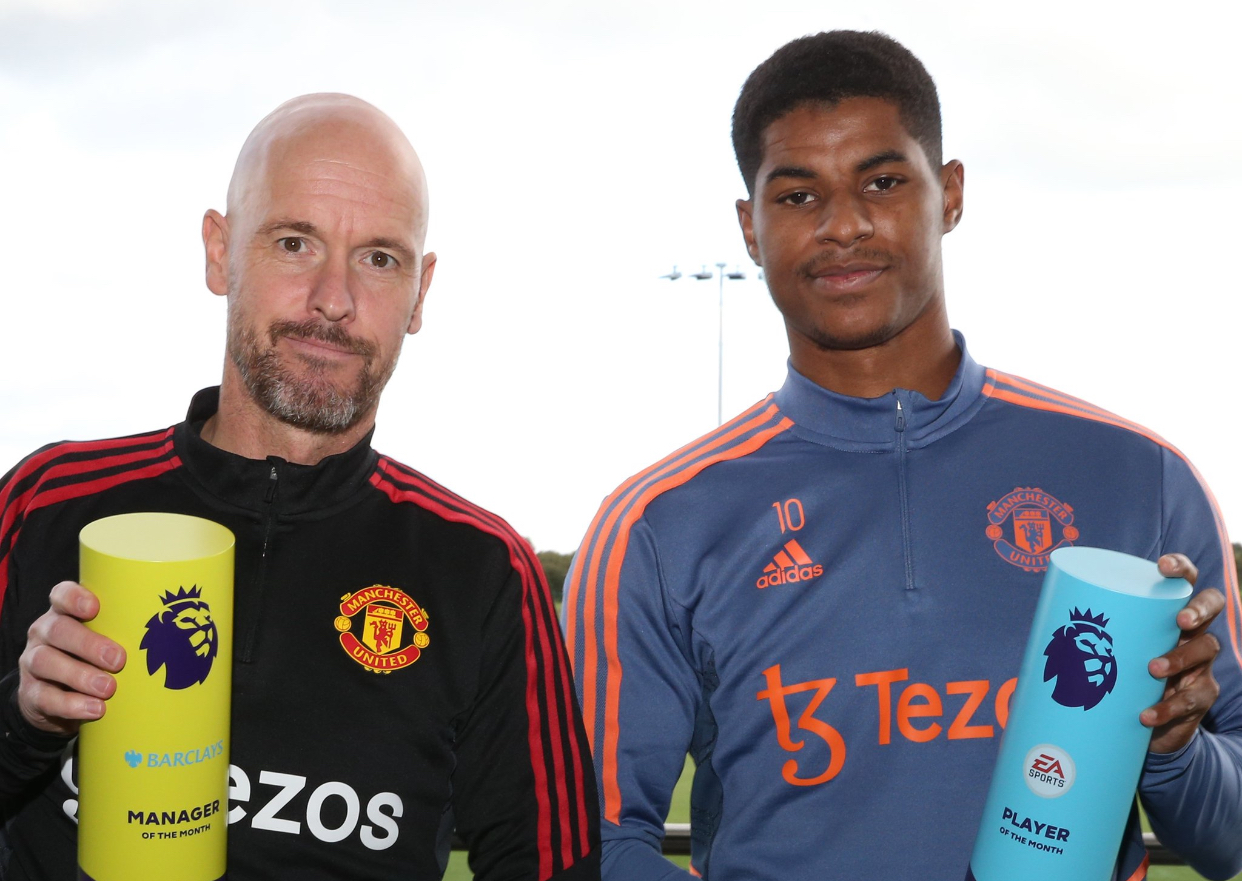 Manchester United forward Marcus Rashford has won Premier League Player of the Month for September after a fan vote.

The Englishmen netted twice and assisted once in his two Premier League games against Leicester and Arsenal.

Erling Haaland, who won the August award, failed to be nominated.

September was a month of little football due to the international break as well as a weekend of mourning for the death of Queen Elizabeth II.

Despite winning the league’s award, Rashford wasn’t even nominated for Man United’s Player of the Month.

He managed two wins out of two including a 3-1 win over top of the table Arsenal.

Do you agree with Marcus and Erik winning the awards? Let us know down below