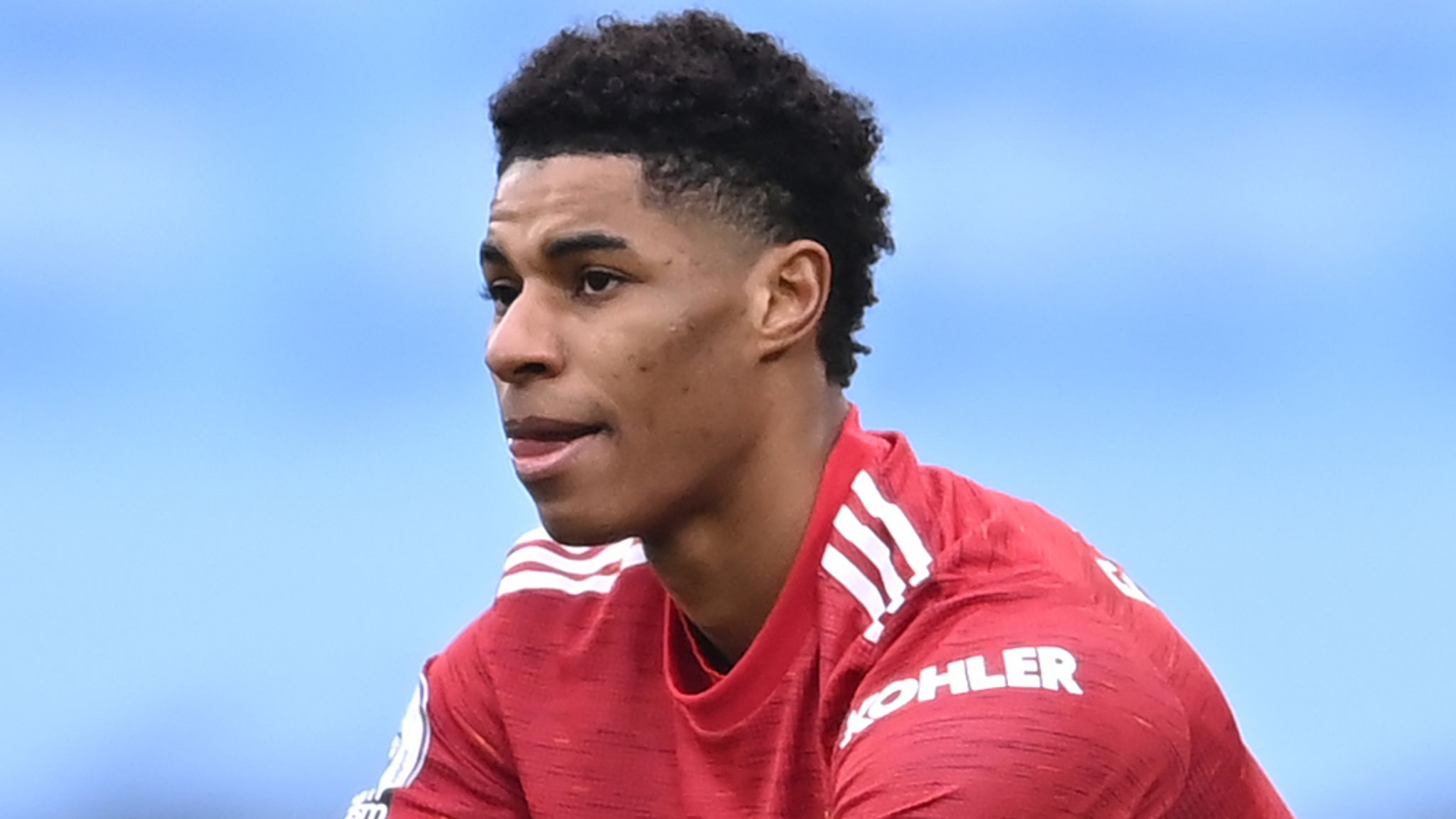 The new season is upon us and with less than a week to go until Man United kick off against Leeds at Old Trafford, us fans are starting to put ourselves in Ole Gunnar Solskjaer’s shoes and pick our teams for the opening game.

While a lot of the team picks itself, there’re still question marks over some positions with left wing being the most notable of them.

With Marcus Rashford out until late October due to his shoulder surgery, it has given multiple opportunities for other United players and one massive headache for the ‘Babyface Assassin’.

I have took it upon myself to help Ole out a little bit and give him 5 potential replacements for Marcus Rashford whilst he is out. 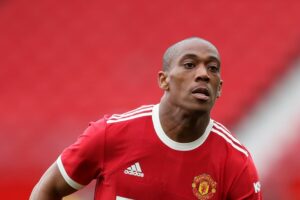 Option #1 is the very opinion splitting Anthony Martial. Since arriving at the club in 2015, Martial has been on a rollercoaster with the club. One season he is the answer to all our prayers and the next he is a player that weighs down the entire team but just when you think it is time for the Frenchman to go, he turns it around and proves why he should stay wearing the United red.

This season acts as a make or break for many players and Anthony is no exception. With rumours circulating that the attacker could be off to Inter Milan, it is hard to predict where and how he plays in the upcoming year. Assuming he stays in Manchester, Martial will more than likely be starting the first run of games but the biggest question is where. Edinson Cavani is the undoubtably the better striker but with the Uruguayan’s fitness a doubt, Tony could well be utilised in the number 9 position. If El Matador is fit and ready to go then Martial could be the option to go with off the left, the position most feel is Anthony’s best. 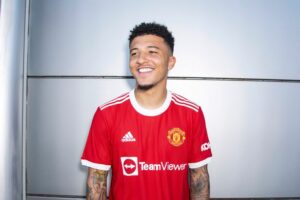 Signing a player the quality of Jadon Sancho and then playing him on the opposite wing to where he has made his name might sound nonsensical but it could be considered a serious option for United. Clearly, Jadon Sancho will become our main right winger for many years to come but the start of his United tenure could well see him over the other side of the pitch. Jadon isn’t a stranger to the left-hand side, having played 45 games there in his 4-year stay at Dortmund. It isn’t ideal playing such a naturally gifted right winger on the left but with Rashford out, it could very well be the right option.

This option does poses two questions, one of which is easier to answer than the other. Firstly, if we are temporarily switching Jadon to the left then that frees up a position on the right for someone to fill. The role is most suited to Mason Greenwood, who thrived there towards the conclusion of last season. Jadon Sancho on the left and Mason Greenwood on the right isn’t the most ideal setup but is a great option to have during an injury problem. Second question is the fitness of Sancho. Jadon has only started training with the team today and Ole isn’t the sort of manager to throw someone in who isn’t ready. Sancho is an elite talent and can maybe buck Solskjaer’s trend if he has a good week in training however we may have to wait until we see our £73m player step onto the Old Trafford pitch. 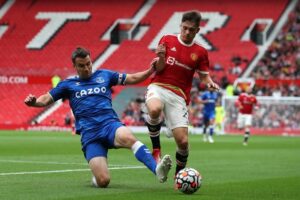 Unfortunately, the jury is already out on Dan James to the extent of which you probably raised your eyebrows at this suggestion.

The Welshman has a very particular set of skills which makes him suit certain games. One of those games is Leeds United. The way Marcelo Bielsa likes to attack creates space which James’ pace can help expose which could be the difference between one and three points on Saturday.

Furthermore, Dan James’ best position is on the left despite being utilised more on the right during his United career, just look at his performances for Wales. It’s easy to forget what the young winger can bring to the side and he is far from incapable and could be a good player to use in this short period, providing he stays at the club.

Rashford is out for far longer than the opening game and the rest of the beginning fixtures might not be best suited to Dan James’ style which makes him a far-fetched option but he is still a very useful player to have for certain games and could well be used as Marcus’ replacement in some games. 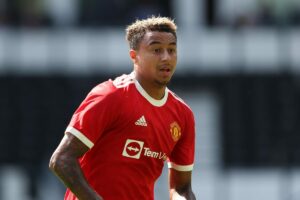 The likelihood of Jesse Lingard being involved against Leeds is minimal because he will probably still be isolating after testing positive for COVID-19. However, providing he makes a full recovery from the disease, he can play a big part in the absence of his good friend Marcus Rashford.

Whether you agree with Jesse being part of Solskjaer’s plans or not, nothing can take away the fact he is still a player that can offer a lot for the club, especially in this scenario. The English talent is a very versatile player and can play in any of the front three positions behind the striker and is very well suited to the left-hand side.

It’s going to be an interesting watch this season as to how Lingard adapts to United’s style but there is no doubt he has the tools to be a real threat in Ole’s counter attacking setup.

He had a strong pre-season before contracting COVID and is one of the few players that will be up to match sharpness if his recovery goes well and could be used on that left side for the opening few games of the Premier League campaign.

However, we should play this by ear and see how well Jesse Lingard returns to the club after his isolation period. 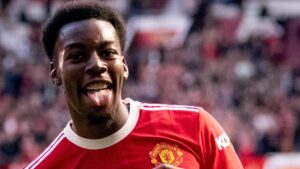 It’s been a very mixed pre-season for United but one player that has stood out more than any other is Anthony Elanga. Having made his debut against Leicester and scoring against Wolves at the end of last season, the Swedish youngster has made a great start to life at Old Trafford and could well be ready for the test. Ole has had an on off relationship with the Man United youth since his full-time appointment in 2019 and this is a great opportunity to fix that and put his trust in a player that has impressed every time he has donned a Red Devils shirt.

This option is the least likely to come to fruition taking into account Solskjaer’s record with these sorts of risks however there is not really anything to suggest Elanga isn’t ready for the challenge.

On paper, Man United have a relatively straightforward fixture list to kick off the Premier League season and games like Wolves and Southampton could well suit a youngster like Elanga but all rests on the manager and whether he wants to take the risk playing a still inexperienced player in games that United simply have to win.

In conclusion it’s just one of many tough decisions Ole will face this season and this conundrum will act as the first real test of the season for the Norwegian in a season where so much is expected of him.

Who would you play on the left at the beginning of the Premier League season? Let us know down below. 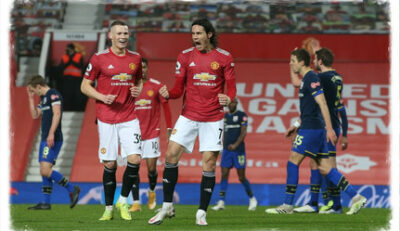 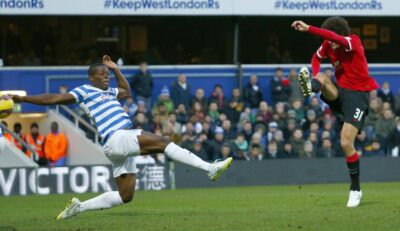 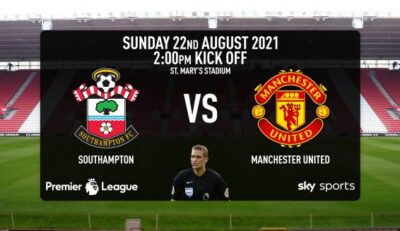