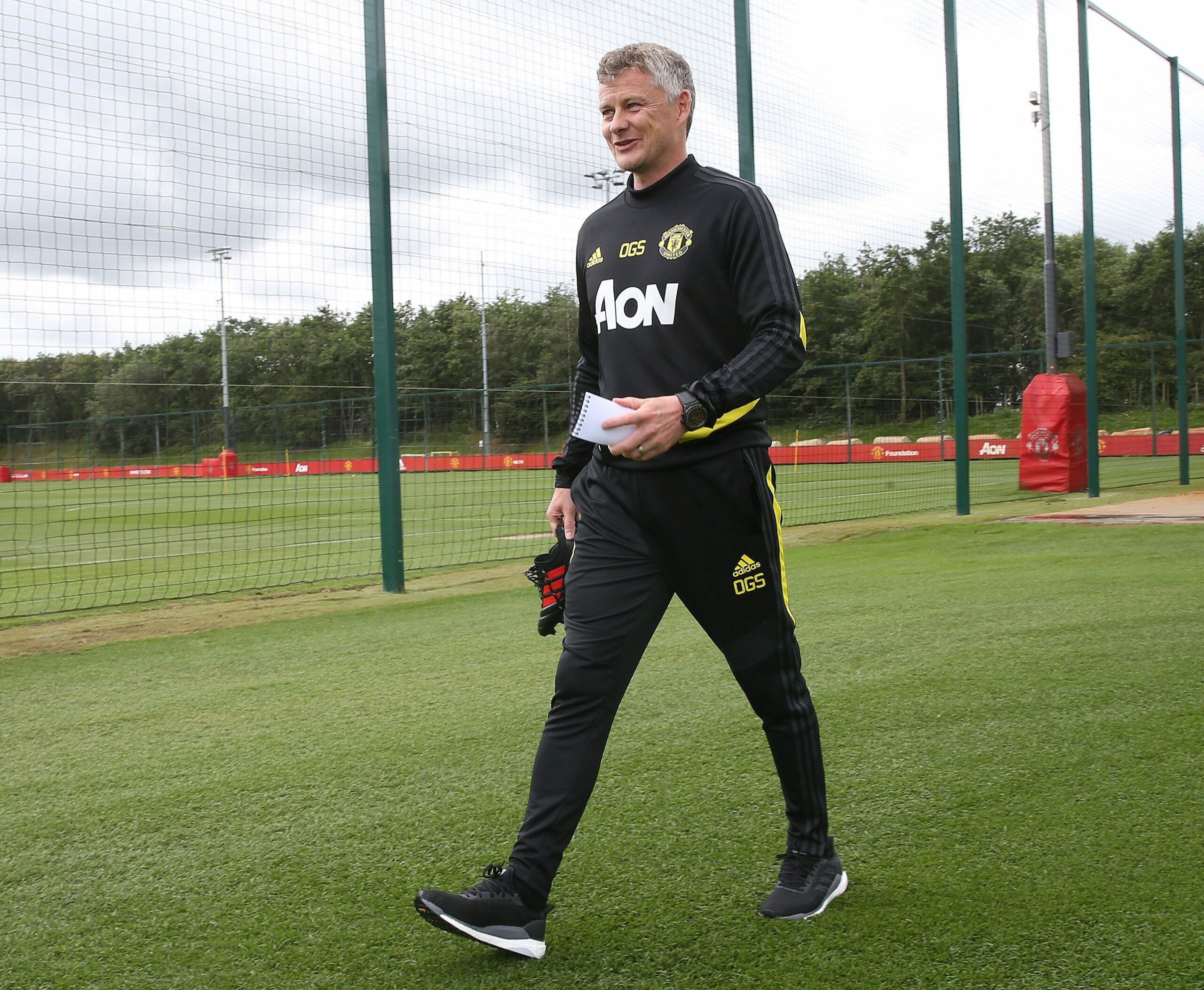 Ole Gunnar Solskjaer is to implement a more attacking 4-3-3 formation ahead of the new season reports Rob Dawson of ESPN.

The reports suggest that the Man United manager has told his players and staff he aims to play more on the front foot with two attack minded midfielders which could spell the end for the dubbed “McFred” partnership.

Solskjaer is said to be hopeful this shift in shape will allow him to pick either Pogba or Van de Beek alongside Bruno Fernandes more often while leaning more on a single defensive midfielder.

Last season, United predominantly used a 4-2-3-1 formation with a defensive duo of Scott Mctominay and Fred just behind Bruno Fernandes which resulted in Paul Pogba moving to an unconventional left wing position but this tweak will allow the best players to play in their best positions.

How the team will look?

The change in formation won’t impact the defence too much however the protection from the midfield will in effect be halved but with the rumoured addition of Raphael Varane,this shouldn’t pose a huge issue for Ole’s men.

Traditionally, the 4-3-3 formation pushes the wingers much higher than the 4-2-3-1 formation so more responsibility will be put on Luke Shaw and Aaron Wan-Bissaka, both on whom are strong defenders.

The midfield will be the biggest change with the end of “McFred” likely.

This will make way for Paul Pogba, if he stays, to play in his more natural position that he shone for France in this summer.

The biggest mystery is the identity of the defence minded midfielder as neither Fred or Mctominay are best in that position.

Eduardo Camavinga would be an ideal signing for this role with his tackling records from last season.

Nemanja Matic is United’s only out and out defensive midfielder and he won’t be able to play every game so a signing in this department will be cruical in making this formation work for the upcoming season.

With the transfer of Jadon Sancho, the front three seems nailed on.

The new Manchester United boy will likely lock down that right wing position and with his form, Edinson Cavani will be the number 9 and Marcus Rashford will probably fill the left wing slot however his injury may leave way for Anthony Martial to start the season in that deadly-looking front three.

What are your views on the new rumoured formation? Let us know in the comments below.