The light has suddenly gone out on the longest season in history as Man United crash out of the Europa League after a 2-1 loss to Sevilla. The defeat has deflated all United fans and questions are beginning to arise about the future of the 13-time league champions. Now the dust is starting to settle on the season, let’s dive into the ups and downs of the Man United season 2019/2020.

DOWN – IS THE KEEPER A KEEPER?

If you were to tell me at the start of the season that the goalkeeping position would be such a worry then I would have told you to jog on but what was once the best shot stopper in the world has quickly become a major vulnerability for a now Champions League outfit. It’s difficult to go more than three games without a big David De Gea mistake and with the increasing pressure of Dean Henderson coming into the fold and Sergio Romero pushing for the number #1 shirt, De Gea’s spot has never been under more threat.

There will be major questions in the short break regarding the goalkeeping position and who knows who we will see in the net in the foreseeable future.

Making one semi-final is good, making two semi finals is great but making three without a single win is bordering on embarrassing.

By the laws of averages, you would think at least one out of three semi-finals would result in progression to the final, but Man City, Chelsea and Sevilla all had other ideas. Yes, it’s great getting to three last fours of competitions but when none of them result in success then you begin to think there is a mentality problem with these set of players.

For a few years now United have failed when the pressure is on as we’ve seen so many chances go astray when the likes of Chelsea have given them opportunities. Problems like these are very hard to solve but one step is finding a true leader. Speaking of true leaders.

Throughout these ups and downs articles, I have been quite the critic of Harry Maguire, but little has it been about his footballing ability and more about his leadership skills. Take Sevilla for example, when that second goal went in, which he was partially at fault for, Maguire was dormant. As a captain of Manchester United Football club, he should be doing exactly what Bruno Fernandes was doing which was shouting in the face of Victor Lindelof and kicking the players up the proverbial backside.

He’s a good defender but being captain makes him look worse than he is and stripping him of the armband to help him focus on his defending would be the best course of action. Bruno Fernandes should take the reigns going forward and let’s hope Ole sees the same light we see and makes the decision.

DOWN – WHAT COULD HAVE BEEN?

There is a lot of deadwood that have made themselves known over the course of the season, but each member of that deadwood has done just about enough to avoid their own down, well everyone bar Andreas Pereira.

I’m sure I am in the majority when I voice my disappoint on Andreas as he once looked a top player. Being Brazilian always helps in football but the way he broke through and made a name for himself at such a young age filled many fans with excitement, but he just couldn’t fulfil the great potential we all painted him in.

I for one thought that he would be topping assist charts by now but the only list he is topping is the players to get shot of. Oh, what could have been?

Admittedly, this down seems weak because trophies weren’t the priority this season but when you reach three semi finals you would expect at least one piece of silverware to show for it.

We’ve touched on the mentality issue, but no one remembers who were in the semi-final, they remember who won the competition. Arsenal’s development has a trophy to show for it and I’m sure trophies will come for Ole but it’s disappointing to see no silverware in the cabinet after some glorious opportunities this season.

No, Man United aren’t the champions but they have return to the home of many title holders in the Champions League. If we strip the season back, the main objective was to achieve qualification and getting third not only confirms that but sends messages to the rest of the league. By far the biggest up of the season and we should remember that when wiping the tears away from our Europa League heartache.

There is no better feeling than swapping scrabble bag teams like Khjktys FC for the likes of Bayern Munich and Real Madrid. What a feeling.

UP – THE PRINCE TO KING ERIC

When Man United signed Eric Cantona, the whole landscape of the club and the league changed. It was seen as a landmark signing and not even with the use of hindsight.

Everything I have just listed is applicable to Man United’s newest recruit Bruno Fernandes. I’m not going to go into the stats and the fact that United were 14 points off of Top Four before his arrival because we already know that but it appears, we need to reinforce the importance of Bruno Fernandes to this team to curb peoples agendas.

He is our most important signing to date and will be a key figure in this team for years to come no matter what this team achieves.

We all knew prior to this season the ability of Mason Greenwood but this season was the true breakthrough for the young man. When I was 18 years old, I was dropping five kills at Tilted Towers on Fortnite while Greenwood at 18 is smashing goals past legendary goalkeepers in the Premier League.

Saka at Arsenal and Foden at City have also had breakthrough seasons but none as sensational as Greenwood who has already cemented his place in this tough starting side. Greenwood is the future of this sport. Recognise.

UP – PUTTING THE ART IN MARTIAL

Anthony Martial joined Man United in 2015 when Louis Van Gaal took a punt on a young Frenchman and it took a few years, but he is finally hitting the heights his potential once teased many moons ago.

Martial has been one of United’s best and most consistent players this season and has developed into the focal point of the attack. Yes, he could have higher numbers but the ability he possesses both on and off the ball is crucial to United and Ole couldn’t play his game without Tony.

Many fans and pundits are extremely critical of Martial and say he needs replacing and yes the likes of Kane and Aguero are better goal scorers but Anthony is the key to United’s attack and how these so called pundits can call out Martial over anyone else is bordering on disgraceful. Justice for Anthony Martial.

UP – THE SUDDEN ARRIVAL OF BRANDON WILLIAMS

Not many would welcome the end of the season more than Brandon Williams because his form was slowly falling off a cliff. When he made his debut towards the start of the season, many thought he was the future of United but over the last few weeks he has struggled when filling in for Shaw.

With that being said, he is still a good player in my view and has a future but isn’t ready to be the full time left back just yet. Let’s just say the season is better because of the emergence of Brandon Williams.

UP – SHEDDING SOME WEIGHT

There is still a lot of deadwood to get out of the club but let’s not cover up the fact this past year has seen a lot of the fodder either sold or released.

Solskjaer has managed to shift out Alexis Sanchez, Ashley Young, Romelu Lukaku and Matteo Darmian all within the last year and despite Inter Milan being heavy contributors to that, Ole can take the credit for helping free up the wages and get shot of some players who had no future at the club.

Chris Smalling, Marcus Rojo and Andreas Pereira could all be on the way out in the next few months too so that is another big green tick in the pros column for the babyface assassin.

UP – SOLSKJAER ON THE UP

This season has been a rollercoaster for Ole Gunnar Solskjaer and that is an understatement in itself. After the Burnley loss, Solskjaer was on the verge on the sack and Woodward gave him Bruno and he hasn’t lost in the league since.

Despite a poor first half of the season, we have seen major strides from Ole as manager. His man management has improved significantly as has his tactics, but he is far from the finished article.

In game management and the Plan B is the two main areas of focus for Ole now but aside from the 90 minutes on the pitch, Solskjaer is hitting all the notes as Man United manager. Ole In!

UP – SENDING THE RIGHT MESSAGE

This season, Man United have beaten Man City three times, got a rare draw against Liverpool, got four points out of Tottenham, beat Leicester twice, and record three wins against Chelsea. That is some record against some of the hardest sides the Premier League has ever seen.

We know consistency has been an issue with losses to Bournemouth, Watford and Burnley but beating teams around you is never a bad thing so let’s hope Ole and United can continue their form against the league’s bigger teams.

The worst kept secret of this transfer window is officially over. Cristiano Ronaldo has been announced as a Manchester United player. One of the most captivating transfers of this window, has reached its conclusion. Ronaldo rejoins United after a 12...

Raphael Varane has officially signed for Manchester United. Welcome to Manchester, @RaphaelVarane 🙌🔴#MUFC — Manchester United (@ManUtd) August 14, 2021 The French defender made a shock appearance at Old Trafford to hold up the shirt in front of 76,000 fans. The announcement was...

It wouldn't be a Man United transfer if it wasn't delayed. Since the famous "here we go" words were said over a week ago, the Raphael Varane transfer has been on the backburner but we now have updates on the...

As a Man United fan, you learn very quickly never to trust anything The Glazers do or occasionally say. The last 16 years have taught us that The Glazers are always thinking about their pockets and have very little...

Manchester United are set to make Raphael Varane their third signing this summer. The club has been in negotiations with Real Madrid and are now in the final stages. Fabrizio Romano has gone even further and has given the "Here We...

Paul Pogba has rejected a new Man United contract worth £350,000-a-week and is set to leave this summer reports Disco Mirror. Yesterday it was reported that PSG are keen favourites for Pogba's signature this summer and are said to be... 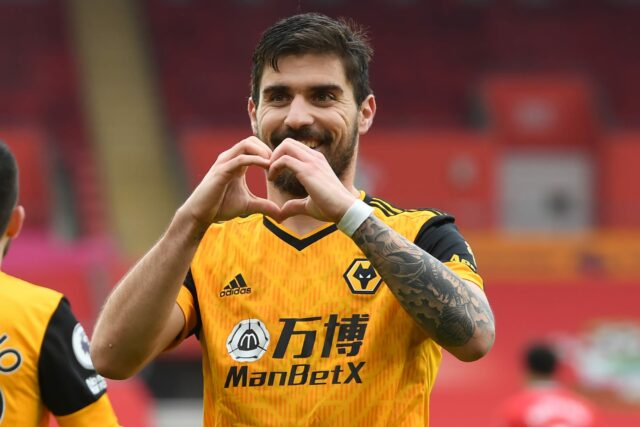 Despite neither Jadon Sancho or Raphael Varane being officially confirmed by the club, the transfer saga continues as Man United are now reportedly looking at both Ruben Neves and Leon Goretzka. TalkSPORT, who aren't the most trusted source, broke the...