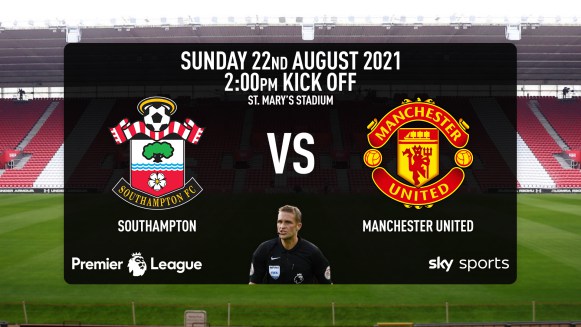 Manchester United are looking to continue their blistering start to the league season, as they travel to Southampton on Sunday.

United made the perfect start to the season last weekend by beating Leeds United 5-1 at Old Trafford. On the other hand, Southampton began the season with a 3-1 defeat against Everton at Goodison Park.

For Ole Gunnar Solksjaer, the opening weekend could not have gone more perfectly for his side, with a big win and local rivals Manchester City dropping points early on. A win for United on Sunday would leave them top of the league after two games.

Raphael Varane could make his first start for The Reds. The French defender was unveiled in front of a capacity crowd at Old Trafford, having joined for £42million. Jadon Sancho may also feature, having played the last 15 minutes or so against Leeds United.

Jadon Sancho could feature from the start after clocking up valuable minutes against Leeds and Burnley in a closed-doors friendly during the week.

In their encounters last season, United achieved the league double over The Saints. At St.Mary’s, United produced a brilliant comeback to win 3-2, with Edinson Cavani at the double. The home game proved to be historic for United, as they matched the record win in the Premier League with a 9-0 win.

Manchester United will also be looking to continue their fine away form from last season. During the entire domestic season, they became the fourth team to go unbeaten away from home. A large factor behind this was the lack of fans, so this will be a test for Solksjaer’s side.

Manchester United are unbeaten against Southampton in their last 11 outings. Their last defeat came in 2016, where Charlie Austin scored at Old Trafford.

The teams have played each other 129 times. United have 67 victories to their name.

Raphael Varane could feature against Southampton as mentioned. Jesse Lingard may be recalled to the squad, after his appearance against Burnley midweek.

Anthony Martial also featured against Burnley. The Frenchman was on the scoresheet and made a cameo appearance against Leeds.

Dean Henderson will not feature due to a Covid related absence.

Over the summer, the Saints have lost some key players, such as Ryan Bertrand, Jannik Vestergaard and Danny Ings.

Romain Perraud was brought in and Adam Armstrong grabbed himself a debut goal against Everton last weekend.

Only Will Smallbone remains a doubt for the clash against United. 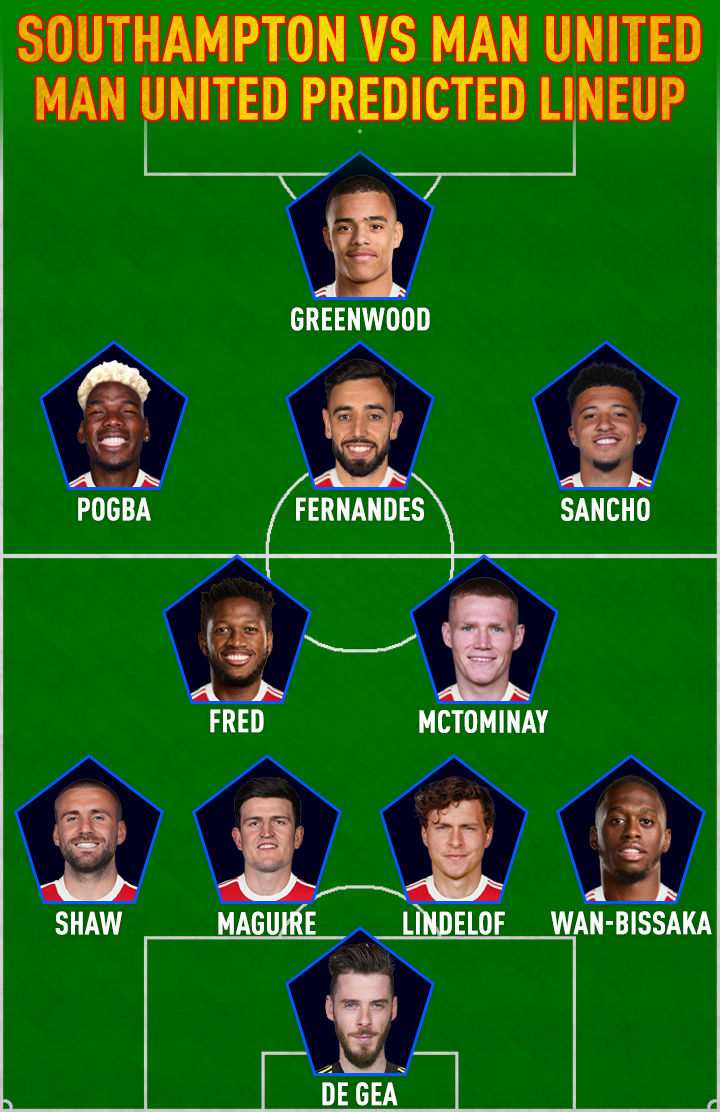