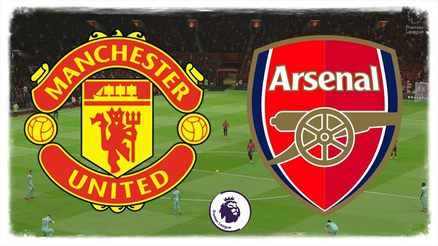 Many years ago, Man United versus Arsenal at Old Trafford would have been seen as the biggest match of the season and a potential title decider but now it’s a match between 12th against 15th with both clubs looking for a big win to kickstart their season.

The red side of Manchester and the red side of London are very similar in the fact that they are far from the end product they used to be and both are in transitional rebuild periods with club legends at the helm. For Mikel Arteta, his success has been almost instant but his style of football has given Gunners fans a headache around their manager. On the other hand, Ole Gunnar Solskjaer is a marmite manager of Man United with many fans wanting him to stay and others claiming he should be sacked due to his lack of any tactics.

You may make jokes about this being a battle of PE teachers, but you can’t take away the importance of this game for both managers. Neither can lose.

Last time these two sides met was on New Years Day back in January and it was a sign of things to come this year.

Nicolas Pepe, who was playing like Marc Albrighton all season, turned into Lionel Messi within 8 minutes to give Arsenal the lead. Then a Greek God rose from the ashes in the form of Sokratis Papastathopolus to slam the final nail into the Red Devil coffin.

A lot has happened since then including a worldwide pandemic but in more of football terms, United were without signing Bruno Fernandes and Arsenal have since strengthened with additions of Willian and former United targets Gabriel and Thomas Partey.

This game will be an interesting encounter and let’s hope it brings more entertainment than it might look on paper.

Anthony Martial is serving his last match suspended following his red card against fellow North London side Tottenham Hotspur. New signing Alex Telles is currently self-isolating after contracting Covid 19 so will be unavailable for the big game. Other injuries include Jesse Lingard, Eric Bailly and yes you guessed it, Phil Jones.

Formation has become a key feature in choosing line-ups and after seeing how well the diamond worked against Leipzig in midweek then it’s really a no brainer that this formation needs to be played.

The first two positions are pretty easy to select so straight to the centre backs. The three options are Harry Maguire, Victor Lindelof and Axel Tuanzebe so which partnerships should it be. We all know which one Ole will choose but I am going against the grain and choosing a duo of Victor Lindelof and Axel Tuanzebe. Lindelof has been good since the international break and was an asset during the UCL game on Wednesday and Tuanzebe’s display against PSG speaks for itself. Aubameyang may not be on his hot form of late but he is still a threat and the pace of Axel can help neutralise that threat.

I think the midfield four is pretty easy to piece together following Wednesdays 5-0 drubbing of RB Leipzig. Nemanja Matic will start in my eyes as he has been putting in solid performances as of late. Fred is a must after his 10/10 Man of the Match display in the Champions League. Paul Pogba and Bruno Fernandes are the creative two that get the nod for this game. Donny is a great asset to have off the bench, but I feel World Cup winner needs to start as this game suits an in form Pogba.

With Martial suspended, Marcus Rashford and Mason Greenwood must start against Arsenal. Yes, we have signed Cavani but I don’t think he is the right player to play against the Gunners so that is why I am opting for pace and match sharpness. Arsenal have a slow and weakened defence and with Rashford coming off the back of the hat-trick in midweek, this could be the keys to the kingdom for Ole and his men.

Arsenal aren’t without injuries themselves with defenders Pablo Mari, Calum Chambers and Rob Holding out as well as the young gun Gabriel Martinelli. Other than that Arsenal have all there players fit and ready to go.

Pierre Emrick Aubameyang will be the biggest threat for United despite not being in the most glorious form but his pace and skill and come alive at any given moment and given the size of the occasion, you would keep one eye on PEA at all times.

I don’t see a team winning this game. Both managers will be cautious knowing a loss could be fatal to them and their teams. That’s why I’m going with a classic 1-1 draw with goals from Bruno Fernandes and Pierre Emrick Aubameyang. Fingers crossed we don’t get a boring game with both managers playing for the point. 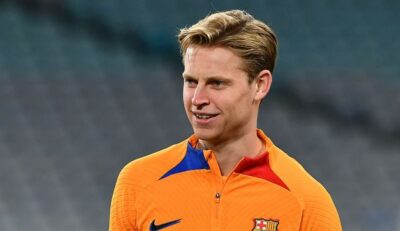