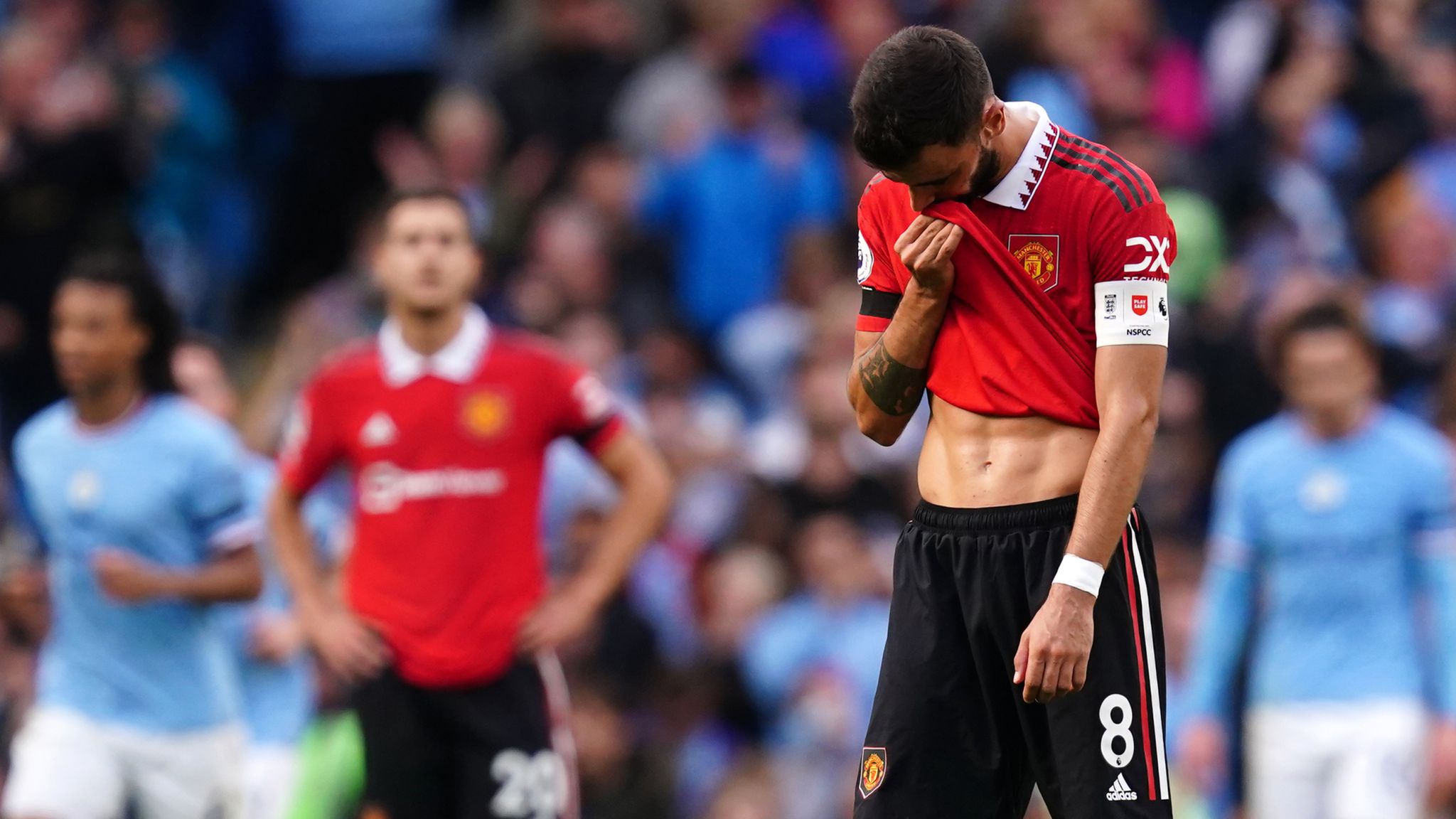 Manchester United travelled across their own land to face reigning and defending champions Man City knowing a victory would extend their winning run in the league to five games.

The Citizens came into this game having only dropped four points so far and on a run of scoring 3+ goals at home in the league since April 10th. 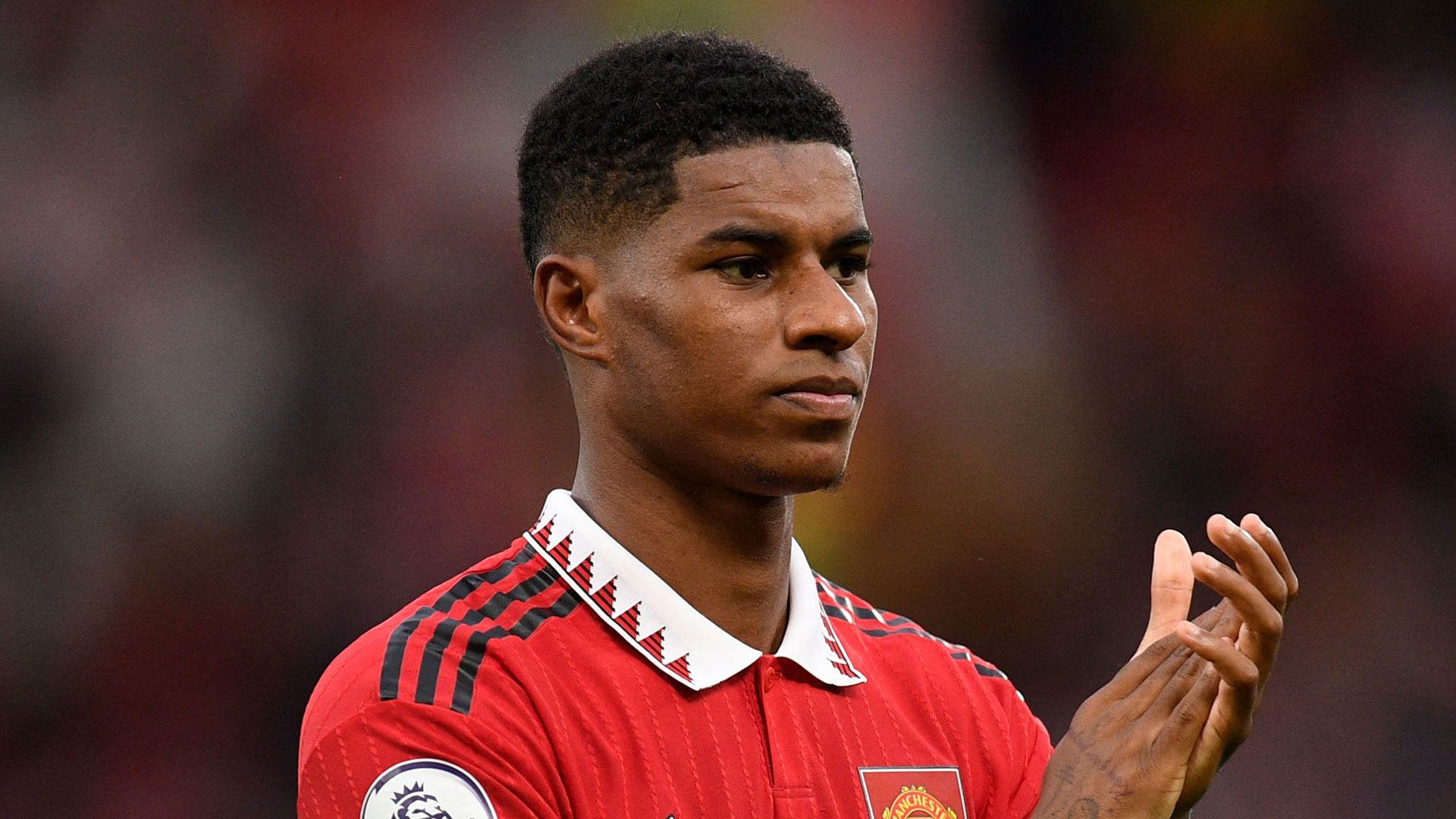 Manchester United’s team news didn’t throw up many surprises with it being the same team that beat Arsenal a month ago. September’s Premier League Player of the Month was deemed fit enough to start after fitness doubts.

Pep Guardiola’s selection did however conjure up a few shocks. Neither Rodri or Kalvin Phillips were selected for the squad and the Spaniard went with a centre-back partnership of Akanji and Ake over the more popular Dias and Laporte, to counter the pace of Marcus Rashford.

Gundogan started in the middle of the park as the more defensive of the three with Kevin De Bruyne and Bernardo Silva in front. Phil Foden and Jack Grealish were chosen over Mahrez and Haaland led the line for the 2nd placed team.

City came out of the blocks swinging and put United under pressure right from the get-go. It only took two minutes before “on-the-line” defending from the away team that saw blocks from Scott Mctominay and saves from David De Gea.

Just before that play, Diogo Dalot drew a yellow card from the official which was met with arguments from the United fanbase.

As the clock struck eight minutes, a well worked City move was capped off when Phil Foden turned in a Bernardo Silva cross for 1-0.

Man United did try and get that goal back but the City defence stayed strong and limited United to half chances.

Then as inevitable as the sun rising in the morning, Erling Haaland leapt above his much shorter marker Christian Eriksen to head home from a corner and double the lead. 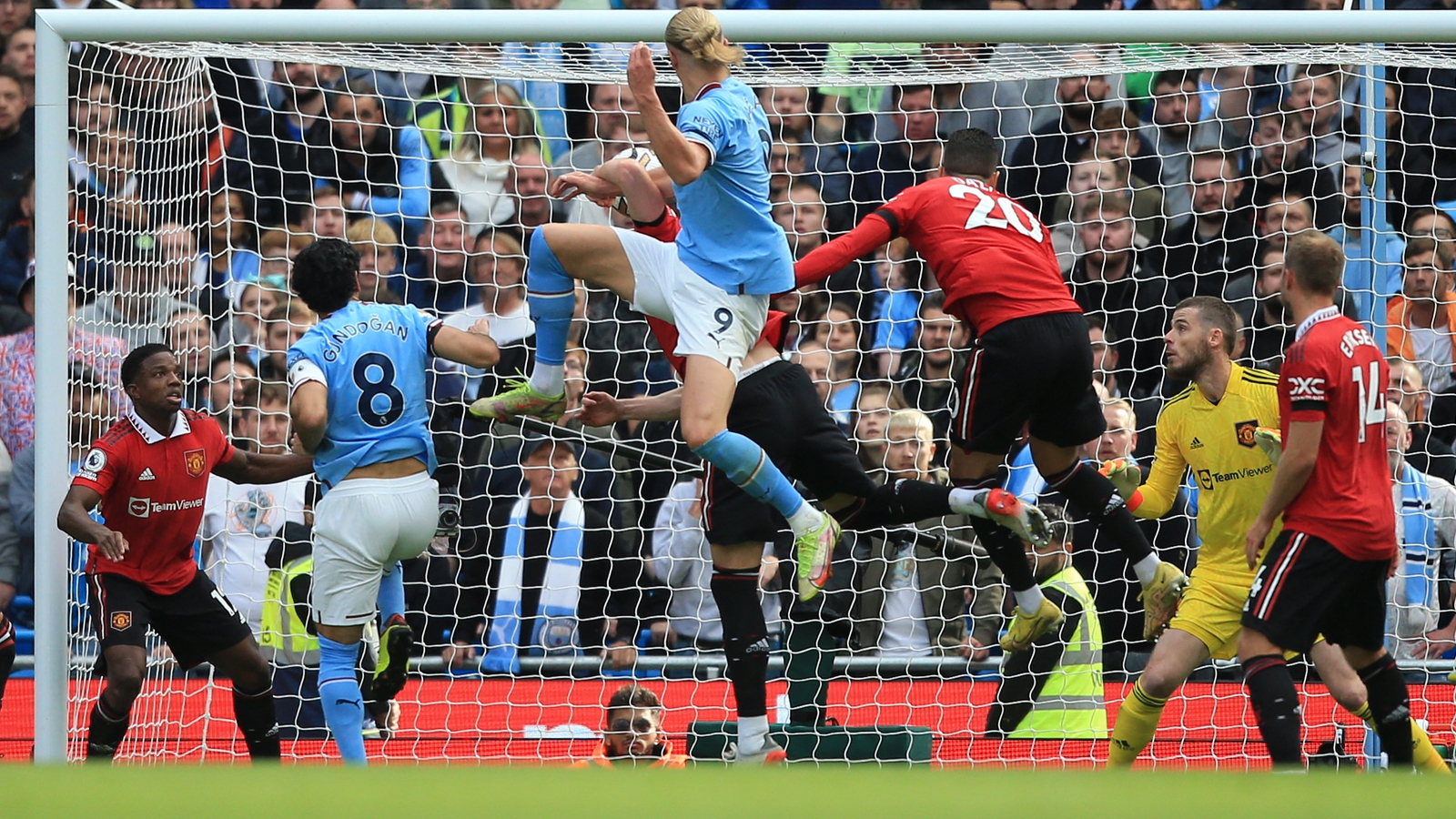 This lead was soon to be extended again when he threw his long legs at a Kevin De Bruyne through ball to break the net for three.

The unstoppable Norwegian goal machine turned assister just before the break when he squared the ball for Phil Foden to add his second on the encounter and take the score to a shocking 4-0 at Half-Time.

Ten Hag’s men started the second half on damage limitation duty but did strike first when new signing Antony curled in the goal of the game to put The Red Devils on the board.

With Haaland getting his match ball he was determined to get Phil Foden one as well and assisted him for City’s sixth. Both Foden and Haaland took home the match balls.

Man City then slowed down a bit with the Champions League in their minds. This allowed Anthony Martial to net twice, once from the penalty spot, to take the final score to 6-3. 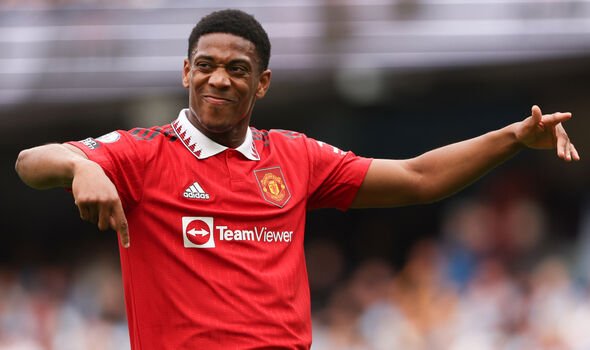 It was yet another hammering Man United have faced in the past year and while you have to hold your hands up and say Man City are streamrollers with Erling Haaland, United are still far from a polished team and a humbling like this will give wider perspective to where United are this season.

Where next for United? Let us know down below.