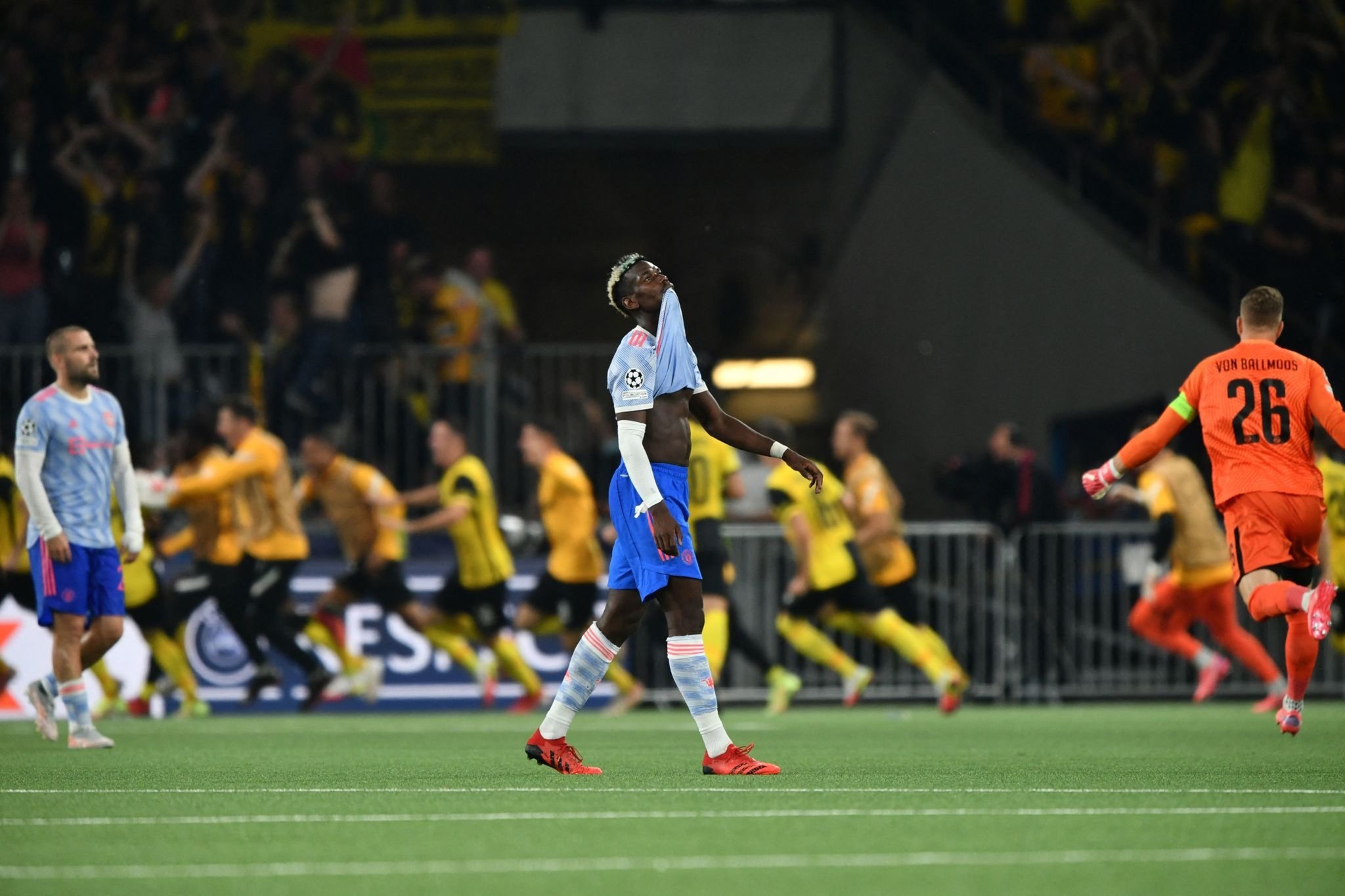 Manchester United were beaten on the opening day by BSC Young Boys in a defeat which echoed the ghost of Istanbul a year ago.

The opening ten minutes were evenly contested. The hosts made it difficult with Elia firing a cross across the box but there were no Young Boys players making that gamble.

A couple minutes after the ten minute mark (13) , Manchester United opened the scoring. Bruno Fernandes picked up the ball on the left hand side and fed a wonderful cross with the outside of the boot to find Cristiano Ronaldo, who placed the ball between the keeper’s legs.

United almost doubled their lead in the 25th minute. After a good save from De Gea from Christian Fassnacht’s effort, United were on the counter attack as Bruno Fernandes fed Cristiano Ronaldo but his powerful effort was well parried by the Young Boys goalkeeper.

Manchester United were down to ten men in the 36th minute. Aaron Wan-Bissaka overstretched for the ball and committed a dangerous challenge to warrant a red card. The red card gave Young Boys an opportunity to attack and Fassnacht was free on the right side of the penalty area but his powerful effort went just wide of the left hand post.

Raphael Varane made his way into the team at the start of the interval. Ole Gunnar Solksjaer appeared to have changed his formation with a three at the back with Diogo Dalot and Luke Shaw as wing backs. The player to make way for Varane was Donny Van De Beek.

The opening ten minutes was a very cagey affair for United. Young Boys pressed for an equaliser but were restricted to efforts from range however. Ronaldo did appeal for a penalty but his pleas were denied adamantly by the referee.

Young boys made their pressure as they grabbed a deserved equaliser. Moumi Ngamaleu gambled on a cross from the right hand side to prod home past David De Gea in the 67th minute.

United soaked up the pressure but was forced into a wonderful save late on. Centre back Sandro Lauper had an effort from long distance which De Gea acrobatically tipped over the bar.

Disaster for United right at the end as Jesse Lingard sloppily gave the ball away which allowed Theoson Siebatcheu to slip the ball over De Gea to wrap up a disappointing night for the reds.